Look who are involved in plunder - members of political dynasties

It is more fun criticizing 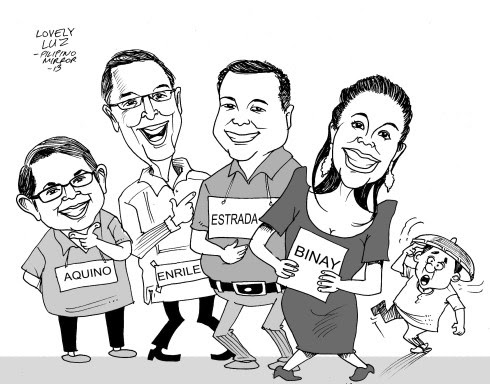 Have you noticed those who are being charged with plunder lately?

Estrada    -  Jinggoy   -  how many members of the family are in the govt service?  Erap, Jayvee E, and before Gov of Laguna ER

JPE-  the Enrile clan was in politics in Cagayan.

The Ampatuans too were members of a political dynasty

How about the Aquino family? 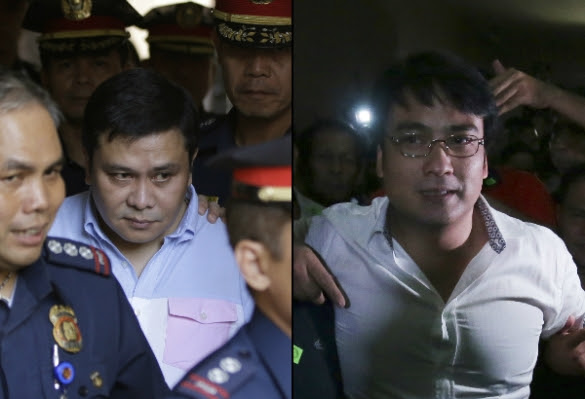 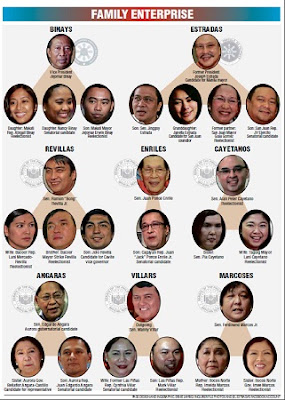 There seems to be a strong correlation between having a political dynasty (members of the family irrespective of number) being in politics and committing graft (because of lack of accountability, and check and balances)

Maybe there should have a Task Force on political dynasty and have COA audit them.  And maybe we have the greatest surprise of our life.

It is time the solons pass the anti political dynasty act or they wont (as they wont) declare them in culpable violation of the constitution.

Posted by virtus medina at 9:36 AM 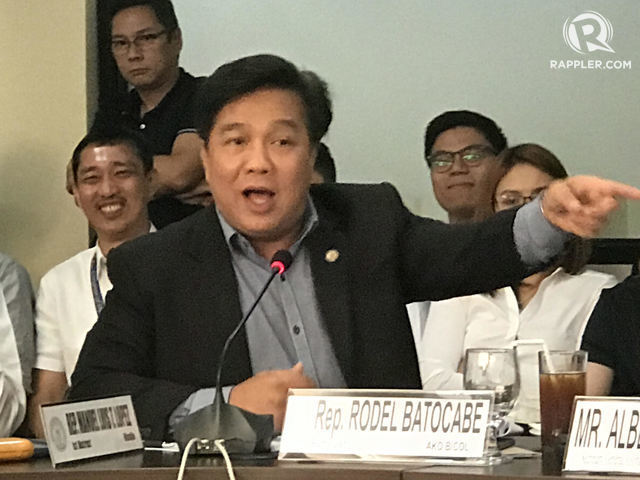